Buddhism is the lifeblood of the Himalaya. The monasteries, nunneries, and temples are centers of worship and learning that connect Tibetans, Lobas, and Sherpas to both their heritage and daily life. They are homes for monastics, students, and scripture, and the strength of these institutions contributes directly to the well-being of the community both in times of crisis and celebration. AHF supports monasteries, nunneries and temples from Mustang to Tibet, from the Khumbu to Kathmandu.

When the king of Mustang asked us to help revive Lo Monastic, the school had only a dozen monks who lived in dilapidated quarters. But today, it is thriving and respected within and beyond Mustang as a learned institution. The 80 student monks receive a comprehensive education through the Shedra, or college level, and no longer have to leave Upper Mustang for higher studies. The monks have revived traditional dances and perform prayers and pujas for the entire Lo community. Lo and other monasteries in Mustang have once again become the cultural and religious anchors of their communities.

Although they are an equally essential part of the fabric that binds Buddhist communities, nuns typically receive less support than their monk peers, often forcing them to take months away from their practice to beg for alms. We support nuns so they can fully devote themselves to the dharma, and have a home and a safe place to study, sleep, and pray.

Lama Gondup spent 18 years meditating in a cave. When he emerged, he sought the advice of His Holiness the Dalai Lama, who told him it was time to go into the world and be useful. He returned to his native Nepal and, moved by the suffering of poor girls who were abandoned during a famine, opened a nunnery in 1999 to shelter them and teach them dharma. He has been the abbot and spiritual leader of Kunsang Choling Nunnery ever since. Beginning with just four students, today 50 young nuns can recite Tibetan Buddhist texts by heart and many excel at the sacred art of mandala painting. Amidst the laughter, smiles, and sounds of prayer, Kunsang Choling is more than a school: it is a home, a family, a sisterhood, and a new beginning for these young women. 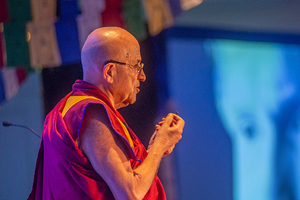 A heartfelt thank you to everyone who helped make this year’s Infamous Annual Dinner an unmitigated success. Thanks to the overwhelming generosity of AHF supporters, many, many Himalayan people will have better, happier lives.
Read more 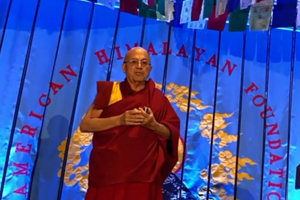 World Kindness Day is a global day that promotes the importance of being kind to each other. At our Infamous Annual Dinner last Thursday, our guest speaker, the amazing Matthieu Ricard, helped everyone understand that compassion for others is what binds us all together.
Read more 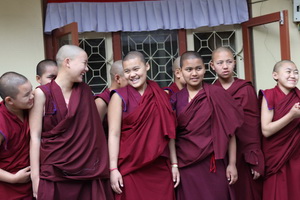 We slipped out early our first morning in Kathmandu to catch the nuns in Keydong before they started their studies. Walking through the gate into the walled courtyard, the chaos of the road fell away...
Read more