We write this message with heavy hearts.

Richard Charles Blum, the American Himalayan Foundation’s founder, chairman and lodestar, passed away at his home in San Francisco on the evening of February 27, 2022. We offer our heartfelt condolences to his family in this time of grief and loss.

Richard was a humanitarian and explorer, driven to find creative solutions to the world’s problems and help those in need. He first became intrigued with the Himalaya when Sir Edmund Hillary and Tenzing Norgay made the first summit of Everest in 1953. It was the beginning of a life-long affection. In 1969, he made his first trip and, enchanted by both the people and the mountains, kept going back.

Inspired by His Holiness the Dalai Lama and Sir Edmund Hillary, Richard founded AHF in 1981 after a climbing expedition to the Kangshung Face of Everest in Tibet. AHF’s mission was to help the Sherpas and people across the Himalaya who had nowhere else to turn. Through his committed leadership, 40 years later, AHF continues that work in health, education, and environmental and cultural preservation.

When in the Himalaya, he would spend time with students, nuns, refugees, and children in hospital, listening to their stories and their concerns. He was especially proud of what he achieved in the once-forbidden 15th century kingdom of Mustang in Nepal, where his vision sparked a cultural renaissance.

In his autobiography An Accident of Geography, Richard said, “Each one of us has a role to play in resolving the great challenges of the day. It all matters, and every contribution that helps push in the right direction makes a difference. If you continue this work for the rest of your life, you’ll be glad you did. I’m certainly glad I have. It has given my life purpose and meaning, and it will do the same for yours.” We are honored to continue the work he inspired.

Richard will be dearly missed around the world. While words cannot adequately express our sadness, we know his spirit is soaring over the mountains he loved so much as Tibetan nuns and monks chant prayers for him.

In love and sorrow, 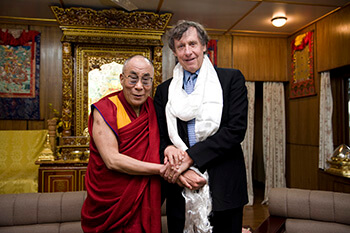 With His Holiness the Dalai Lama. 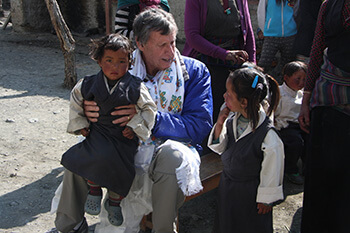 With children in Upper Mustang. 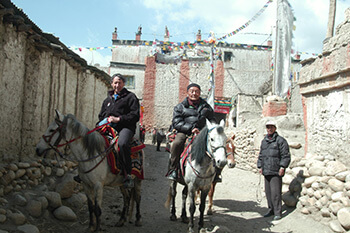 With the late Raja of Mustang.