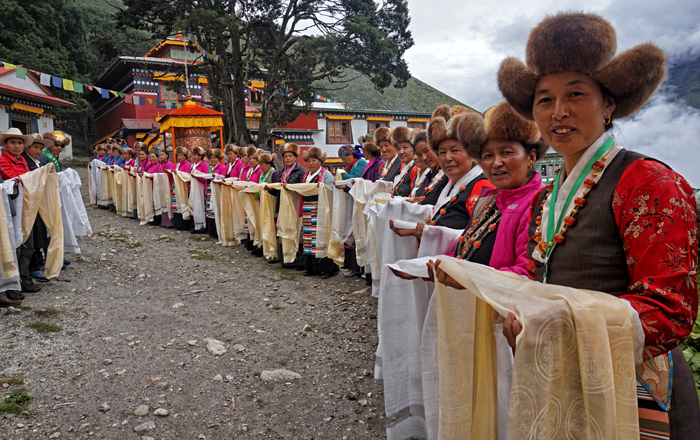 At 12,400 feet, by the sacred peak Khumbila and near Everest, is Khumjung Gompa, a 400-year-old monastic center of Sherpa culture and religion. Sadly, the monastery was damaged beyond repair in the 2015 earthquakes and most of it had to be demolished.

This could have been a tragedy, a blow to the spiritual life of the community. But never underestimate the Sherpas. An enthusiastic volunteer group of Sherpa leaders rallied everyone and guided the rebuilding of the gompa as a true communal effort. Each household contributed at least two weeks of labor, modest donations were collected from families and, with additional support from AHF and other partners, the new monastery reopened this weekend.

The Abbot of Tengboche Gompa conducted the opening ceremony, accompanied by other high lamas from the area. It was a very colorful day, rich in tradition, as they welcomed guests, thanked well-wishers and celebrated well into the night.

AHF’s soul has always been in the mountains, and our partnership with the Sherpa community goes back almost four decades. We’re proud to have played a pivotal part in rebuilding this important gompa.