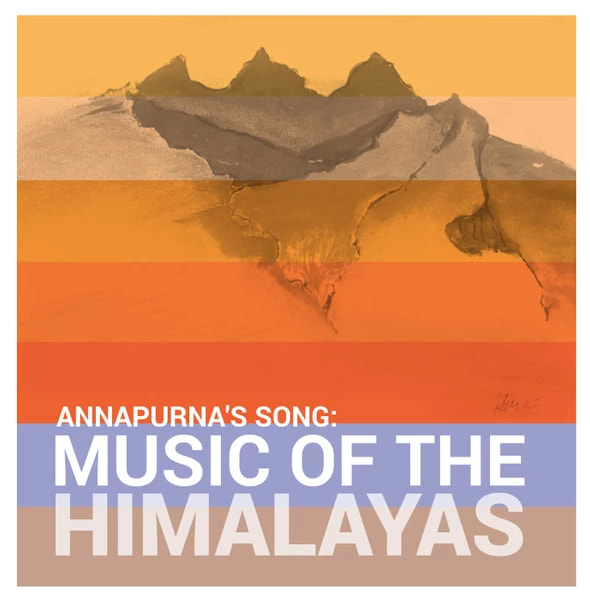 “You need music, I don’t know why. It’s probably one of those Joe Campbell questions, why we need ritual. We need magic, and bliss, and power, myth, and celebration and religion in our lives, and music is a good way to encapsulate a lot of it.” – Jerry Garcia

The Jerry Garcia Foundation has released the first album on its Only Love Records music label, a collaborative project with Seven Seas Music to benefit the American Himalayan Foundation. This plastic-free digital album, titled Annapurna's Song, Music of the Himalayas, is a unique selection of music by a variety of artists from the Himalayan region, including areas of Tibet, Nepal, Bhutan, and India.

“Annapurna” is derived from Sanskrit and means “the giver of food and nourishment.” “Anna” (अन्न) means “food” or “grains,” and “pūrṇa” (पूर्ण) means “full, complete, and perfect.” These meanings complement the album’s music, which offers insights into the depth of the Himalayan people as it feeds and soothes the soul.

The music is available for sale on the Seven Seas Music website and—accompanied by an album liner notes booklet featuring Garcia’s visual art—via the Terrapin Gallery. Jerry Garcia’s watercolor piece titled Himalayan Landscape, which serves as the album’s cover art, is available on the Charity Buzz website as a limited edition giclée.

“Seven Seas’ goal in working with the Jerry Garcia Foundation was to make certain that the music chosen for Annapurna’s Song, Music of the Himalayas reflected the environment and spirit of the Himalayan region and its people accurately,” said Brooke Wentz, founder and CEO of Seven Seas Music. “Given our uniquely specific catalog, I knew that we’d be able to fulfill the wishes of the Foundation in a respectful and successful manner. I am particularly proud of this body of work and new partnership.”