Gai Jatra: Cow Festival or Day of the Dead? It’s both, actually 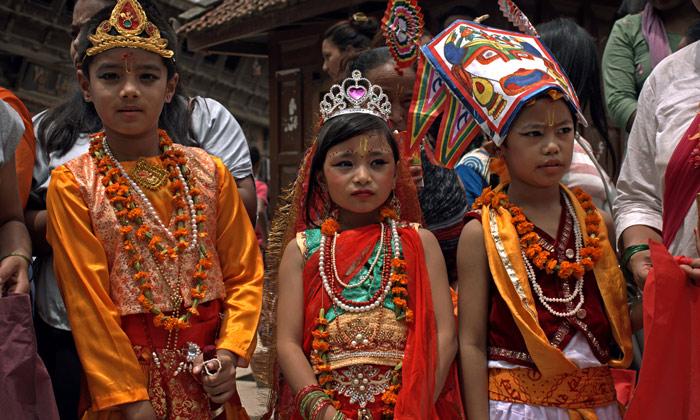 Holy cow! Really—Gai Jatra, or the ‘cow festival’, began as a way to commemorate loved ones who have passed on to the next life. The sacred bovines, deeply revered in Hindu culture, help the deceased with their journey into heaven. The Nepalese festival began as homage to the god of death, but later evolved into a day of jokes, dancing, and costumes. 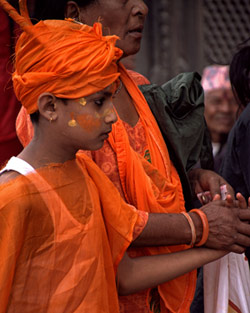 Gai Jatra occurs during the holy month of Gunla.

That tradition, it’s said, was born during the 17th century Malla dynasty. King Pratap Malla’s wife was inconsolable after the death of their son. Desperate to see her smile again, he offered a reward to anyone who could make the queen laugh. During the Gai Jatra procession, one group of revelers began to mock the nobility with such wit that the queen burst into laughter. From then on, the festival took on a celebratory mood.

Day one of the weeklong festival begins with processions through Kathmandu of families who lost a relative that year. If they can’t find a willing cow to join in the parade, a child dressed as one is a fair substitute. Traditional attire, face painting, and comedy skits are all part of the celebration.

The day is as sunny as it is solemn, an opportunity for the community to come together in song, laughter, and remembrance of loved ones—and a reminder that death is a part of life.